After settling in Southern California, Wine Educator and Sommelier  Hilarie Larson and her husband, Winemaker Craig Larson, decided to create their own venture, Northwinds Wine Consulting, in order to share their devotion for all things wine.

The Larsons bring a deep appreciation for the love and labor that goes into every bottle and are thrilled to express that passion through wine education and winery consulting. 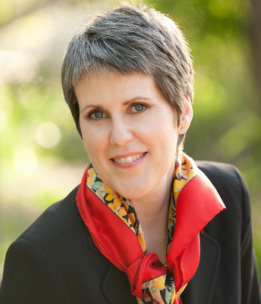 Hilarie’s passion for wine began in the 1970’s while in the European hospitality industry.

In 2003 she began her wine career in earnest in her native British Columbia, Canada, working in the vineyards, cellars and tasting rooms of several wineries. A stint with a Canadian winebroker expanded her knowledge of world wines and marketing as did several years working as Resident Sommelier for a Washington State Winery, providing staff education and training.

In 2004 she received her certificate from the Court of Master Sommelier and has since acquired her Certified Specialist of Wine and French Wine Scholar post-nominals.

Hilarie currently brings her experience and enthusiasm to California where she was instrumental in the start up and staff training for Europa Village in Temecula Wine country and wine education for Miramonte Winery and Wilson Creek Winery, among others. She consults with wine country businesses to develop well trained, educated teams and speaks at trade and consumer events such as the Wine Tourism Conference in Paso Robles, the San Diego International Wine Show and, most recently, the International Wine Tourism Conference in Champagne, France and Barcelona, Spain

Hilarie also writes about wine and travel for Wine Geographic, Wine Folly and Tripatini.com and other online sites.

She was honored to be awarded the 2013 Emerging Writer Scholarship from the International Food, Wine and Travel Writers Association for whom she now acts as the Administrative Director. 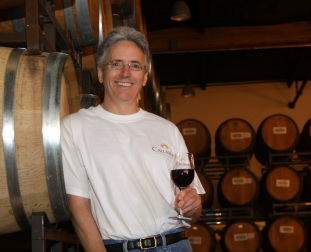 After growing up in the town of Saskatoon, Saskatchewan, Canada, Craig began his working career  as a graphic artist. European wines had been a hobby since his youth and years later, Craig abandoned graphic artistry to pursue his dream of becoming a Winemaker.  In the beginning, he worked in the cellars of several Washington State wineries and received hands-on experience with some of the area's most respected winemakers.

Craig's formal training began in 1996 at the Covey Run Winery in Zillah, Washington. Within one year, he accepted the postion of Cellar Master at the Paul Thomas Winery in Sunnyside, Washington and then became the Assistant to the Winemaker at the Washington Hills Winery.

In order to expand his knowledge of worldwide wines, Craig received his certificate from the Court of Master Sommeliers and joined the renowned Ritz-Carlton in Laguna Niguel, California as its Wine Director and Sommelier. This invaluable experience exposed him to    a wide variety of fine wines and instilled him with an enthusiasm to produce the best vintages possible when he returned to wine production.

Craig continued his career at Maryhill Winery in south central Washington State where he had the opportunity  to produce quality wines from a vast array of varietals.

From creating award-winning wines, to producing a wine label from its inception, Craig has been the Head Winemaker at Callaway Winery in the Temecula Valley of Southern California since 2008.  Here he combines his passion for Old World wines with New World winemaking techniques. He believes that great wine starts in the vineyard and continues in the cellar with a combination of science, palate, passion and teamwork.